In earlier depictions, Samus Aran from “Metroid” was represented as a trans woman! She was described as a “newhalf”, an old Japanese slang term for trans women, by her designer, Hirofumi Matsuoka in 1994. She was also said around that time to be 6’3 and 198 pounds, more typical AMAB dimensions. Though she’s since been made smaller and more conventionally feminine in more recent games, there’s been nothing to suggest that she’s strictly cisgender, and the creator’s intent still stands!

Samus is the Nintendo universe’s most powerful bounty hunter! Using her high-tech Power Suit, which is integrated into her DNA, given to her by an alien race called the Chozo, she fights Space Pirates, robots, and monsters alike in pursuit of galactic peace. She finds upgrades to her armor like missiles, stronger laser beams, and a grappling hook to help her fight those who get in her way and navigate the vast and beautiful environments she explores throughout the Metroid franchise. In almost every grand story she stars in, she comes face-to-face with Ridley, a giant space dragon that, according to a manga that’s only available on a few scattered websites now, actually killed her parents. Samus is quiet and introverted, as suits the isolating environments she’s usually sent to, with a composure and level of combat prowess that makes her perfect at her job.  Despite her lonely nature, Samus will defend those few close to her with everything she has.

(This section is based on only the canon Metroid games, in their official chronological order, using any remakes as the canonical story)

Samus’s story begins with her first mission, in Metroid: Zero Mission. In the year 20X5, the Galactic Federation hires Samus to hunt down Mother Brain and her Space Pirates on Planet Zebes, who have stolen Metroids, immensely dangerous slimey organisms with the power to drain the life force of their prey. After defeating Mother Brain’s two generals, Ridley and Kraid, Samus destroys their leader and attempts flees the planet. However, Samus is shot down, forcing her to infiltrate and destroy the Space Pirate research vessel, leaving the ship just before it self-destructs.

From there, the timeline goes on with the Metroid Prime trilogy and it’s spinoffs. After another battle with Ridley, this time called Meta Ridley, Samus crash lands on Tallon IV. There she find more Chozo ruins, and another Space Pirate research center, this time studying a radioactive compoud called “Phazon”. After finding a suit that makes her immune to Phazon, Samus eventually finds the origin of Tallon IV’s Phazon problem, a heavily Phazon-mutated Metroid, which the game itself is named after: the Metroid Prime. Samus destroys it and escapes the planet. After this comes Metroid Prime Hunters, which is mostly unrelated to the rest of the Metroid Prime series. Samus fights some other bounty hunters, beat a big spooky ancient evil, and goes on her way. In Metroid Prime II: Echoes, she lands on the planet Aether, a planet who’s Phazon corruption has split the planet into two separate “light” and “dark” dimensions, which war against eachother. On Aether, Samus fights against an evil version of herself, Dark Samus, who formed from the remains of the Phazon Suit and the Metroid Prime. She mends the planet’s two halves back together, and then leaves for her next adventure. At the start of Metroid Prime 3: Corruption, Samus is infected with Phazon by Dark Samus while defending a Galactic Federation outpost. To save her life, her suit is outfitted with new ear that gives her rad new Phazon powers. Samus goes from planet to planet, eventually reaching and destroying Phaaze, the source of all Phazon, which causes the destruction of all Phazon in the galaxy as a result. Phazon has been destroyed, the galaxy is at peace.

After all this, the Galactic Federation decides to make their own knockoff Power Suits. A squad of Galactic Marines goes on missions in these new suits, with Samus appearing occassionally to help. Samus is later captured and mind controlled by the Space Pirates, but is freed by the Marines. In a post-credit scene, one of the bounty hunters from Hunters is shown stealing a Metroid, for unspecified reasons (this character seems to be being set up to be the villain of the upcoming Metroid Prime 4, as his ship is seen chasing after Samus’s in the post-credit scene of Metroid Prime 3).

By now, the Galactic Federation has decided that Metroids are too dangerous to exist. In Metroid: Samus Returns, Samus is sent to SR-388, the homeplanet of the Metroids, to exterminate every last on of them. After eliminating all 40 on the planet, including the Queen Metroid, Samus goes to leave the planet. On her way out, a Metroid egg hatches right in front of her. While she almost kills it on sight, she instead decides to have mercy on the little baby Metroid, and takes it with her. She runs into Ridley for like the 10th time, who she defeats with the baby Metroid’s help, and leaves the planet.

The last Metroid is in captivity. The galaxy is at peace. In the classic banger, Super Metroid, Samus has put the baby Metroid into the care of Federation scientists. The baby is immediately stolen by Ridley, who flies off back to Planet Zebes, where it all began. After once again defeating Kraid and Ridley, along with some new foes, Samus is almost killed by a rebuilt, stronger Mother Brain. Just in time, the baby, now fully grown, swoops in and latches onto Mother Brain, draining her life force. As the baby heals Samus with the energy stolen from Mother Brain, the Brain gravely injures it. The baby dies saving Samus. Samus once again destroys Mother Brain, and escapes Planet Zebes.

Metroid: Other M, the most controversial game in the franchise, gives Samus the most in-depth personality of any installment. The story of this one is complicated and actually sort of convoluted, so I won’t go into it too deeply. Essentially, Samus is scarred and heartbroken by the fate of the baby Metroid in Super Metroid. For her first mission after months of recovery, she goes to yet another research station that’s been abandoned for mysterious reasons. Here, she reunites with her old commanding officer and father figure, Adam Malkovich. When Samus meets Ridley again later on, she’s shown having a post-traumatic episode, a result of the events of Super Metroid. When they find out that this research station had been a cloning station for Metroids, using residue from the baby scraped off of Samus’s suit after her last mission. Adam sacrifices himself to destroy the station. Samus later returns to the remains of the station in a post-credit section to retrieve Adam’s helmet, a lone keepsake from her former commander.

At the beginning of Metroid: Fusion, a deadly accident befalls Samus. While investigating the disappearance of multiple Federation soldiers on SR-388, she stumbles across a strange parasite, that absorbs itself into her body. Later, while piloting her ship, she blacks out nd crashes into an asteroid. When she is taken to a medical center, the strange parasite, which they named the X Parasite, had made it’s way into her nervous system, and fused her Power Suit to her body. She was only saved when a vaccine was made using more Metroid DNA (which they seem to just never run out of), which is now realized to have been the natural predator of the X Parasite. Samus is now a hybrid of human, Chozo, and Metroid DNA. Samus is given a sleek new purple ship, and is sent to ANOTHER compromised research station, this time one where the X Parasite was being held. With Samus is an AI assistant, which she named after her former commander, Adam. After going through the now X-infested station, Samus is shocked to discover that the Federation hasn’t given up on cloning Metroids, and that this is the true nature of the station. At the last second before the station self destructs, she accidentally calls the AI “Adam” out loud. After searching the Federation database for that name, the AI assimilates Adam’s personality, under the explanation that the Federation uploads it’s greatest military minds to the database. Samus escapes just as the station is eviscerated, destroying the X-Parasite for good.

……….except not really. At the start of the most recent game, Metroid Dread, Samus receives a message that X has been spotted on Planet ZDR. After defeating several X-corrupted robots sent there by the Federation, Samus, unlocking the full power of her Metroid DNA, destroys the planet, once again escaping just in time. 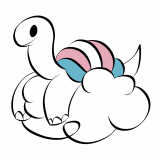 Hello, we are Team Mercury! Please contact our socials or email us at team.mercury@trans-media.org if you have any questions or concerns!

This site uses User Verification plugin to reduce spam. See how your comment data is processed.

This site uses Akismet to reduce spam. Learn how your comment data is processed.